The first researchers to write about puppy development were John Scott and J. L. Fuller in the forties, fifties and sixties.  Clarence Pfaffenberger, with his book New Knowledge of Dog Behaviour, made these stages known to dog fanciers.  He was followed by Jack and Wendy Volhard, who are better known for their temperament tests but who also described the critical periods of the dog life in their book Training your Dog, the Step by Step Manual. Finally, Drs Michael Fox and Ian Dunbar studied canine development and socialization extensively. Dr Dunbar later developed his own method of training based on his clinical and practical experience.

According to Pfaffenberger and Volhard, the dog goes through 7 important phases of development.  The first 4 phases are the same for every dog, regardless of his size or breed.  The later stages will occur at a somewhat younger age with a smaller dog.

Red Rock Doodles – Here is where you are now

At this age, the puppy starts to be autonomous and get away from his mother … or his surrogate mother, which became you – his owner.  He wants to discover the world by himself, to be independent. This wish for independence can have negative impacts. If he realizes that he can win and go his own way when you call him without negative consequences for him, it will be very difficult to train him.  That is why in traditional puppy classes, it is often recommended that the puppy permanently wear a buckle collar attached to a loose 15 foot cord so the puppy never has a chance to disobey when you call him. In Dr. Dunbar’s Sirius Puppy Training method, “recalls” with distractions and rewards are used extensively in all kinds of situation.

This period is not as critical as the first one.  The owner may notice that the young dog is reluctant to try something new or is apprehensive towards something he knows already.  The owner must reassure the puppy and sometimes go a little backward in his training so that the puppy gains confidence again. 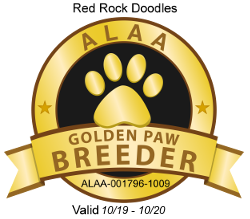 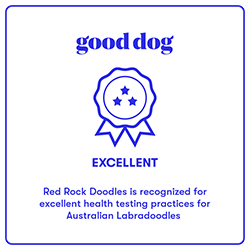